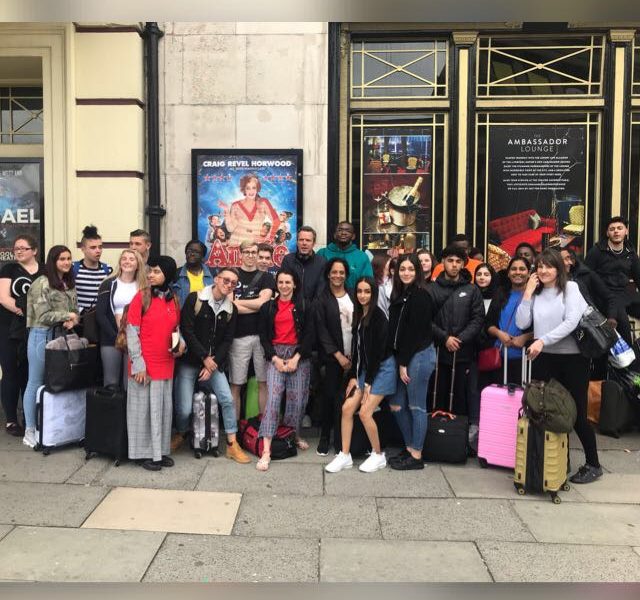 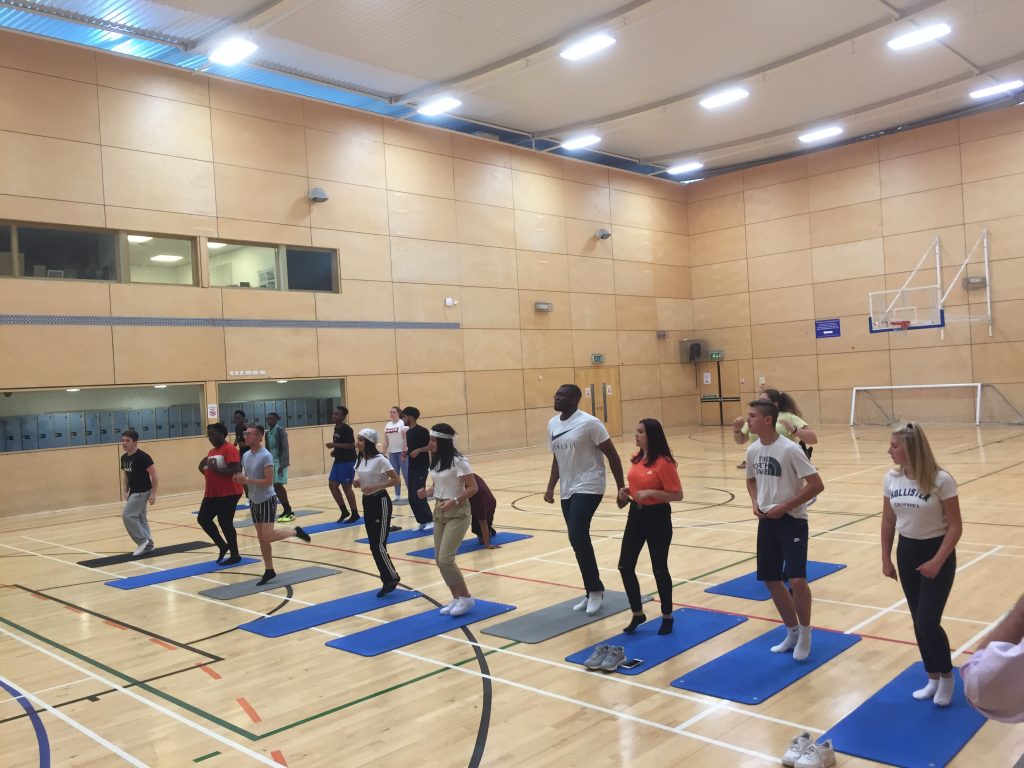 We set off from Euston to go to Liverpool Hope University where we stayed last year. Everyone had an ensuite room in a flat of five rooms with a large shared kitchen.

Once settled, we had a quick intro to the next few days, and then Liverpool Hope students Mike, Ruth and Mia took all the students and ambassadors off to play some ‘getting to know you’ games while we, the staff, hot footed it to the local mega Sainsbury’s to buy breakfast for the next three days.

Everyone was down early on Thursday to catch the coach to our first stop on our introduction to Liverpool. This was Liverpool Anglican Cathedral, where the view of the city from the tower is breath-taking.

We then got on a tourist open topped bus, taking in the Baltic triangle, the docks and the ‘Three Graces’, the imposing buildings which line the dock front. We stopped to take the obligatory photo with the Fab Four, have a picnic lunch, and then set off on foot to find the Cavern nightclub where ‘it all began’.

Back on the bus, we continued the tour until we got back to the dock, disembarked and split up to explore the wealth of museums and art galleries in the area.

We had tea at Pizza Express early enough to give everyone a bit of free time before we piled back on to our coach for a magical mystery tour into the countryside which led to an enchanted glade for a performance of A Midsummer’s Night’s Dream.

The next day we travelled to the northern edge of Liverpool where the beautiful campus of Edgehill University is found. We were introduced to the basics of phonology by Ellie who got everyone trying out their Liverpool accents (with more or less success!), followed by a tour and lunch in the airy atrium at the centre of the university.

On the coach again, we made our way back to the heart of Liverpool, where we entered the hallowed spaces of Paul McCartney’s old school which now houses the Liverpool Institute for Performing Arts. Chris led us all in a spirited rendition of ‘Come Together’, accompanied by drums, rattles, and spoons. Not sure Paul would have been overly impressed!

It was time to visit Liverpool University’s fitness centre. Once again the climbing wall was a highlight of the tour, but it was Lauren (student ambassador)’s workout in the gym that got everyone moving.

Appetites suitably whetted, a three course meal at The Refinery was very welcome, but the evening was far from over. Crossing the road from the restaurant, we were met by a rather boisterous member of Shiverpool, who run ghost tours. Dressed in a long flowing black gown and a top hat, she led us through the streets as the light faded, ending up in a dark, dank tunnel as we listened to a spooky tale. Fireworks and clanking chains produced the requisite screams, and some of us were relieved to get back on the coach for home.

On the last day, we set off for on our last visit, to Anfield Stadium, home of The Reds, Liverpool’s main football team. The tour took in the players’ dressing room, the media centre and a (brief) view of the pitch.

We arrived back in Euston at about five o’clock, tired but full of fantastic memories of a great city. 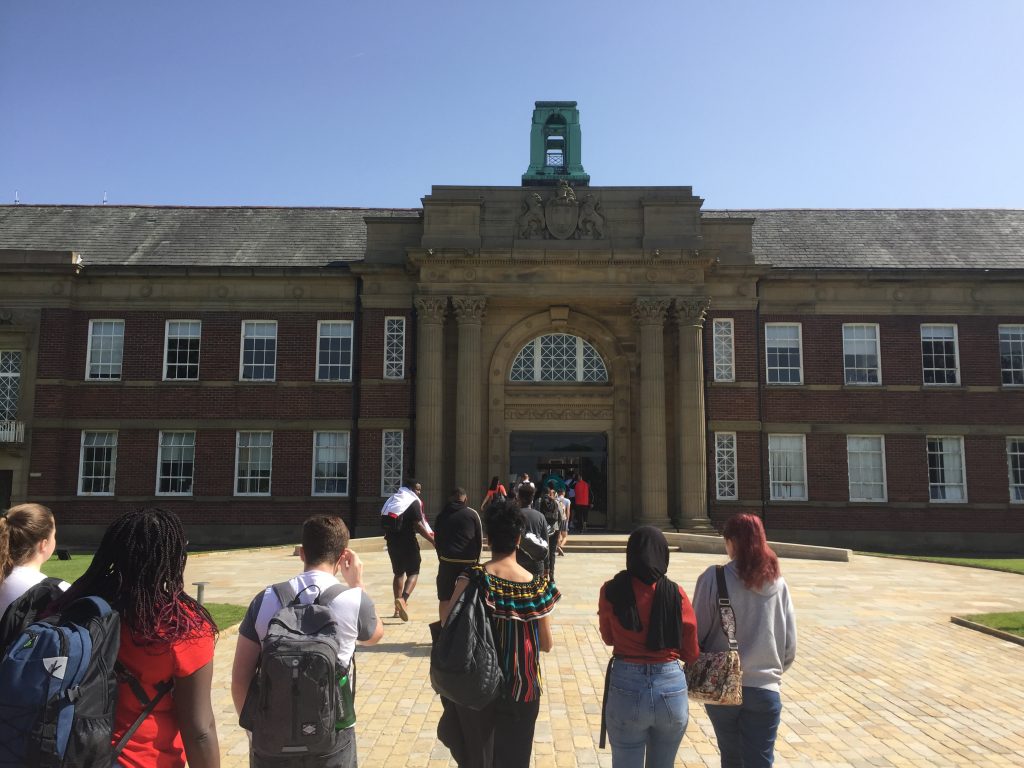 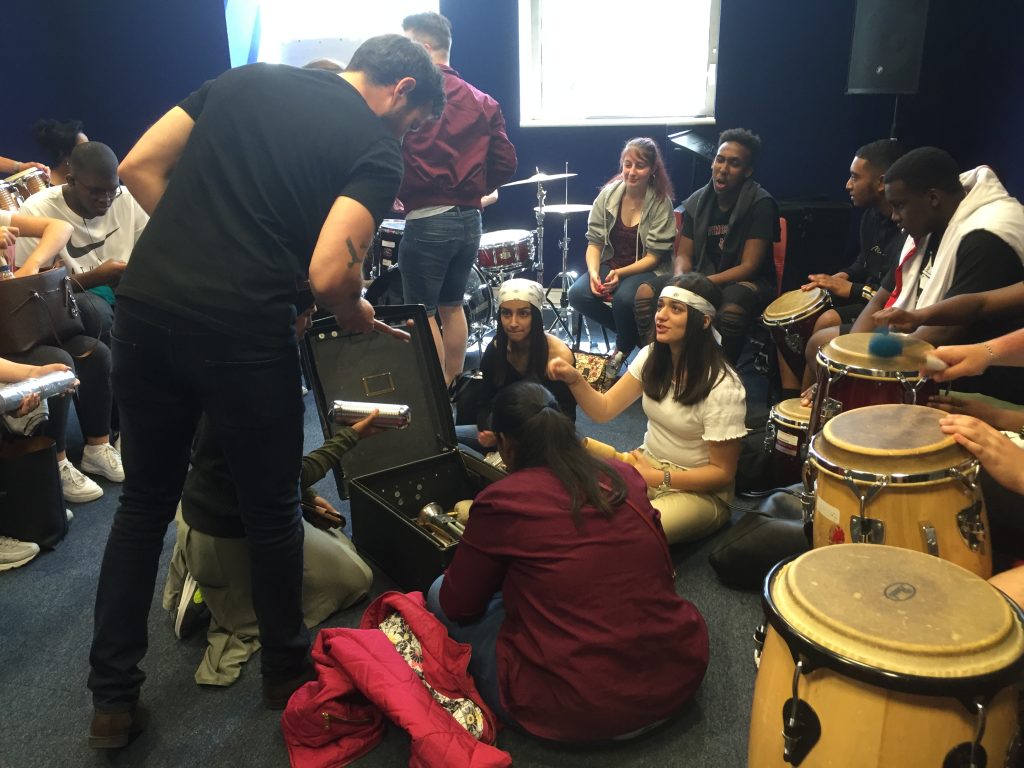